Exponential Theory:  Reimagine the Future Through the Power of Thinking Big

By Aaron Bare with Forbes Shannon

“Every company is now a technology company.”
-Gary Shapiro

The Pizza and Coffee Wars

As disruption through digitization continues to spread, it provides companies with opportunities to capitalize on the digital habits of their customers.
The brands that can make the customer experience a digital one wields a major advantage over their competitors, regardless of industry.
Domino's Pizza and Starbucks Coffee are two brands that effectively capitalized on changing customer habits, and as a result, are now titans in their respective food and beverage industries.
Download Now!

Exponential Theory:  "Reimagine the Future Through the Power of Thinking Big"

Which Do You Want First, the Good News or the Bad News?

The good news is, the future is bright. The bad news is the present is not.
With the rise of digital technology, business moves at unprecedented speeds, now an exponential pace. This pace is wreaking havoc on the business landscape as we know it. Disruption has brought "too big to fail" companies to their knees in a matter of months. It has made some industries obsolete.
Any company or leader that doesn't move at an exponential pace will be crushed by the new, massively transformative exponential organizations. These organizations are quickly expanding their purpose and invading new industries every day. Guides like Bill Gates, Jeff Bezos, Elon Musk, and more continue to provide us a roadmap for navigating the exponential horizon.
Exponential Theory provides ten keys of exponential leadership, and authors Aaron Bare and Forbes Shannon explain why the world must employ them in order to solve the most alarming problems. It is time for a new generation of leadership-one that is purposeful, conscious, digital, and above all, exponential.
Join us for a journey to reimagine our future.

Praise for Exponential Theory:  Reimagine the Future Through the Power of Thinking Big

"In Exponential Theory, Aaron brilliantly shares how great entrepreneurs are reinventing the way we think about business for good and how you can do it too." - Richie Norton, Bestselling author of The Power of Starting Something Stupid

"Perfectly Timed. Perfectly Put. Exponential Theory is a must read for any business owner or Entrepreneur competing in 2020 and beyond. Very well researched with excellent, implementable ideas. Explained through examples of companies that have thrived due to disrupting and digitizing, to massive brands collapsing due to not changing with the times. Simply put, Bare and Shannon capture it best with "The customer wins, or the company dies." - Todd Woods Co-Author Guerrilla Marketing for Franchisees, & Service...Some People Just Don't Get It

"Exponential Theory is a user's manual for disruption, well-organized and offering numerous insights, all backed up by great stories." - Trip Hawkins, Founder of EA Sports, Creator of John Madden Football

Why Starbucks Made Star-Bucks A Currency Of It's Own

Starbucks’ previous value proposition, otherwise known as a “selling point” for customers, used to be about the atmosphere, customer service, and experience ordering from a barista off a menu laced with words made up by corporate marketing, straight from the coffee houses in Italy.
With its platform, Starbucks cut out waiting in line, customer service, and atmosphere altogether and improved customer experiences throughout the ordering process.
Most importantly, though, Starbucks was able to make cash disappear through its app.

What if We Said Domino's Wasn't Actually a Pizza Company?

It is the only company growing at a faster rate than Facebook, Amazon, Apple, Microsoft, or Google in that same period and it is one of the few businesses able to thrive throughout the global coronavirus pandemic.
The exponential growth of its brand was possible thanks to one crucial pivot: Domino’s stopped being a pizza company and became a tech company that sells pizza.

How is Airbnb Wiping Out Hoteliers, Without Owning Any Property?

Airbnb disrupted the trillion-dollar travel industry with its new marketplace that connected landlords with couch surfers.
Airbnb started with just two guys—co-founders Brian Chesky and Joe Gebbia—and in a matter of a few years, the company has been able to disrupt business for major long-standing brands like Hilton and Marriott.
The concept of Airbnb is not a new one: people have been crashing on couches and spare bedrooms for as long as they’ve been traveling.
What is new and successful for Airbnb is the digital marketplace that proved that spare couches and bedrooms were marketable.

Uber and the Transportation Democratization

Uber became the highest-valued startup in the world by building a platform marketplace between car owners and passengers.
Much like Airbnb, Uber tapped into the sharing economy and disrupted transportation as we know it.
Uber also helped popularize a new economy—the gig economy—while wielding even more disruptive power.
Download Preview Chapter Now!
What People on Amazon Are Saying...

"This was an interesting take on innovation and productivity in an evolving society. I found that the stories presented opening my eyes to how rapid change is affecting my life right now."

"Certainly not restricted to the business-minded, this book serves as a great reminder of the need for agility and understanding in overcoming the challenges presented by today's chaotic world. A fantastic read for innovators of all fields and backgrounds."

"I was impressed by the interlocking stories, how particular companies and individuals are able to innovate and flourish while others who do not, simply die on the vine."

"I am so glad I bought this book - it’s very well laid out and easy-to-read while outlining some very novel ideas."

"A Cache of Case Studies"

"There is a quote in this book that captures the spirit of this book, “Technology is exponential, yet humans are linear.” This book is a cache of case studies on how to be an “exponential leader” in a time when technology is driving so much of what we see in the world."

"The Formula to Success"

"I love reading about why some businesses succeed and why some fail. As a millennial, I've experienced a huge chunk of the birth and death of exponential technologies without even realizing I was living in an extremely important time. This book lays out the bare bones of the blueprint to success of this generation: the formula to success for exponential companies, and why every company has to think like them or else risk falling behind."

"This is a well-written and well-laid-out treatise on the current state of technology with regard to business. It is thought-provoking and at times, fascinating."

"I Loved This Book"

"I loved this book, not only was it full of great stories and examples, it had a very optimistic outlook."

"As an avid history reader and a naturally curious person, I couldn’t put this book down (I read it in one sitting). The book is full of insights into the companies and technologies that have transformed our world."

"Encourage the Spirit of Innovation"

"As an innovator myself, I found this book a very good read at a high level to encourage the spirit of innovation. With all the examples provided the authors do a great job to explain the fundamentals of exponential leadership."

"Inspiration for Growing My Own Business"

"Overall, I enjoyed reading this book...and it gave me lots of inspiration for growing my own business."

"A fascinating concept and this book provides great insight into how innovation progresses. I was captivated from beginning to end."

"I loved this book, not only was it full of great stories and examples, it had a very optimistic outlook. It explains this new world we live in and how sharing resources has become the launching point for how we do business today. It is very motivational but it is also practical and instructive...they have set it up so beautifully that you see the possibilities."

Changing the World One Leader At a Time 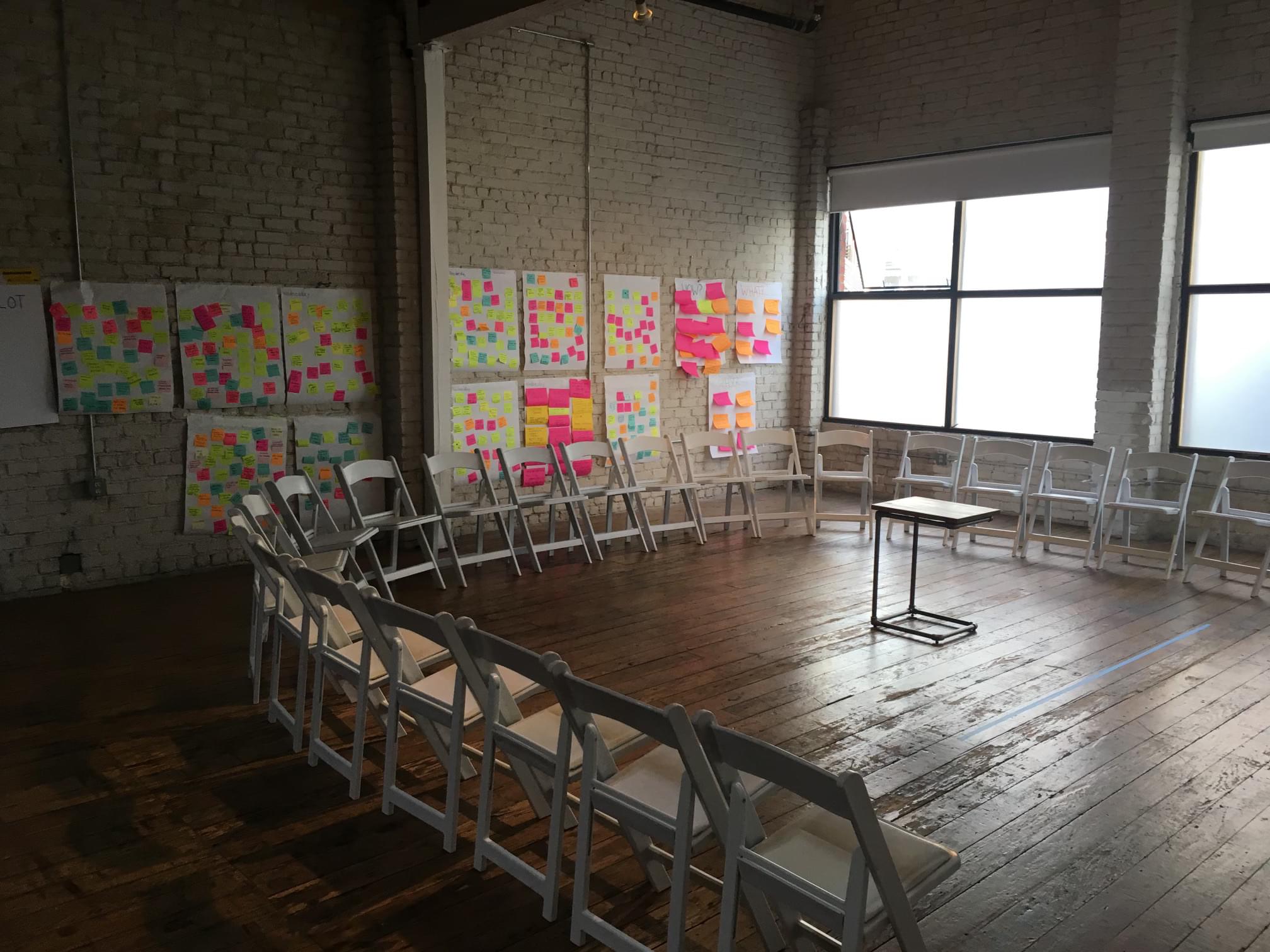 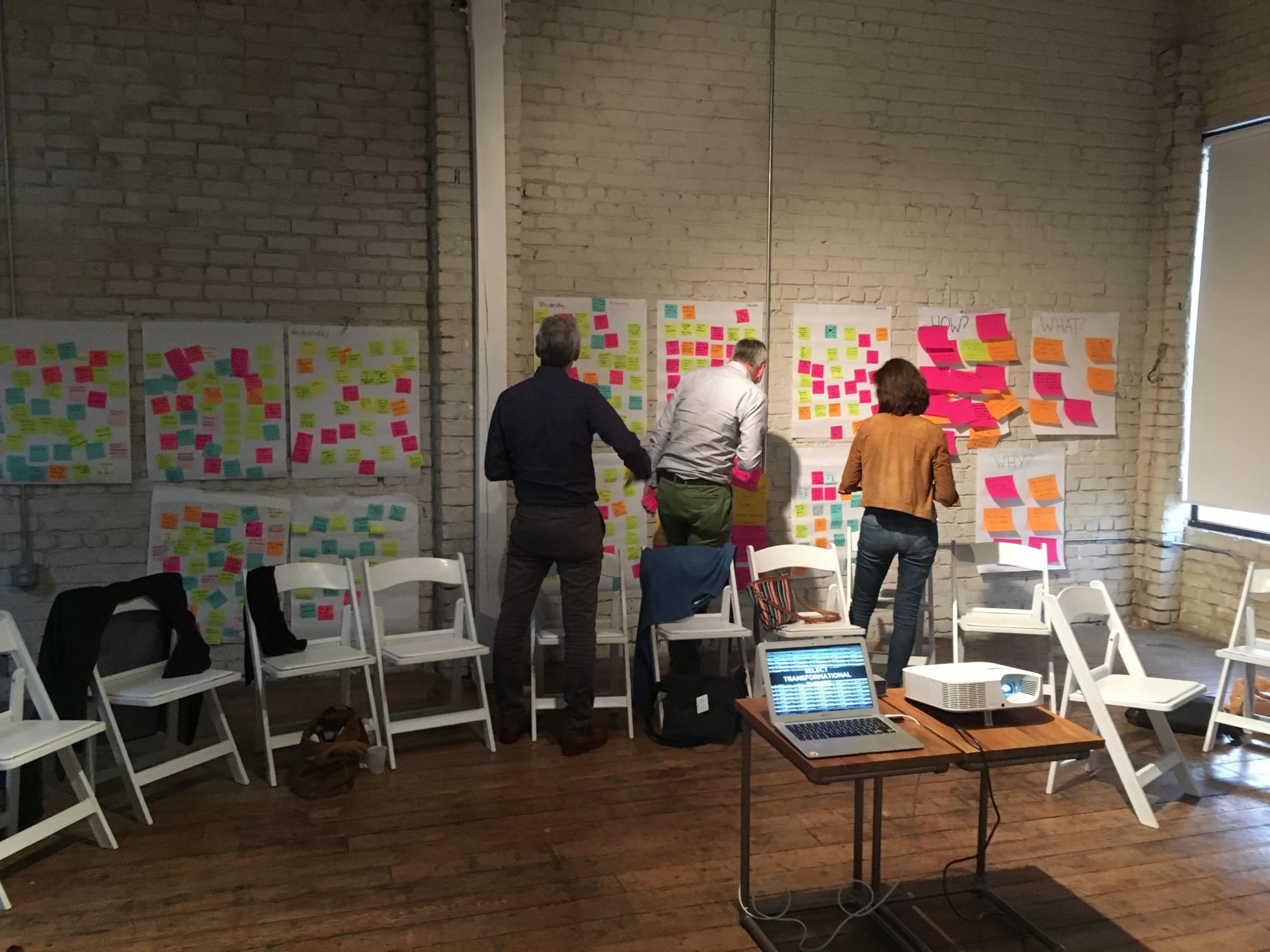 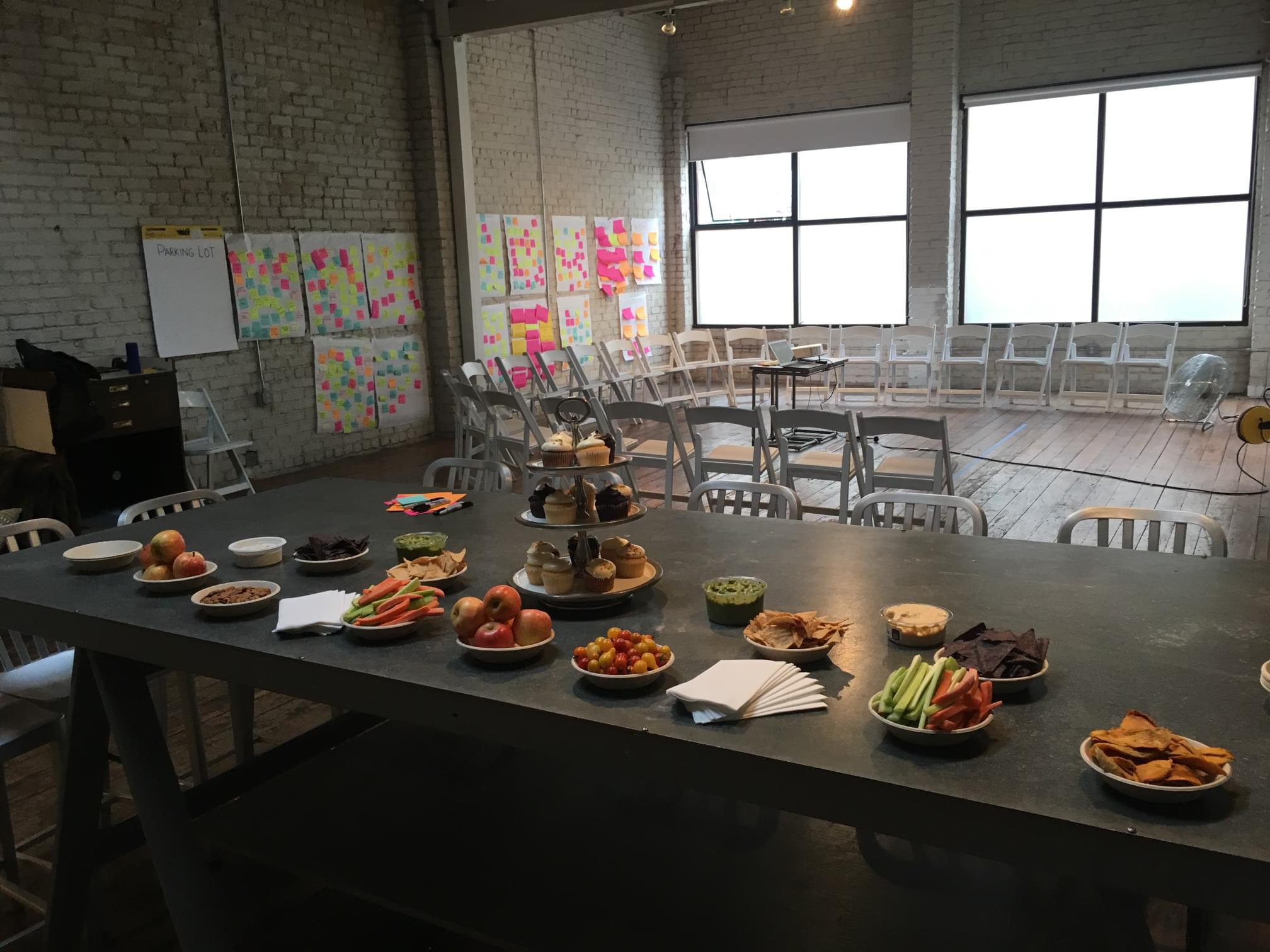 Exponential Theory is a growth strategy and innovation consulting firm.
We have worked with some of the World's most sophisticated companies to create and market breakthrough products and services. 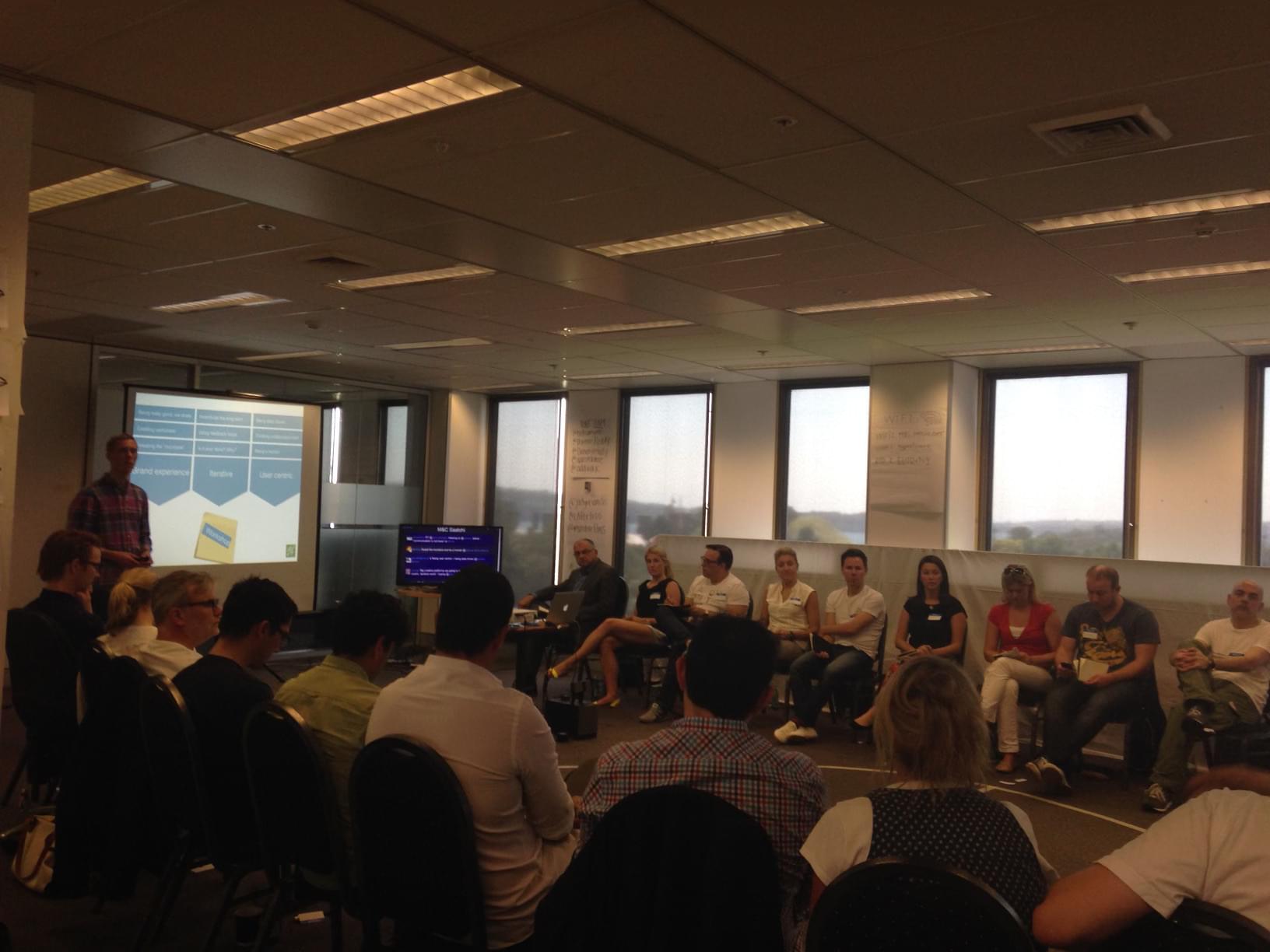 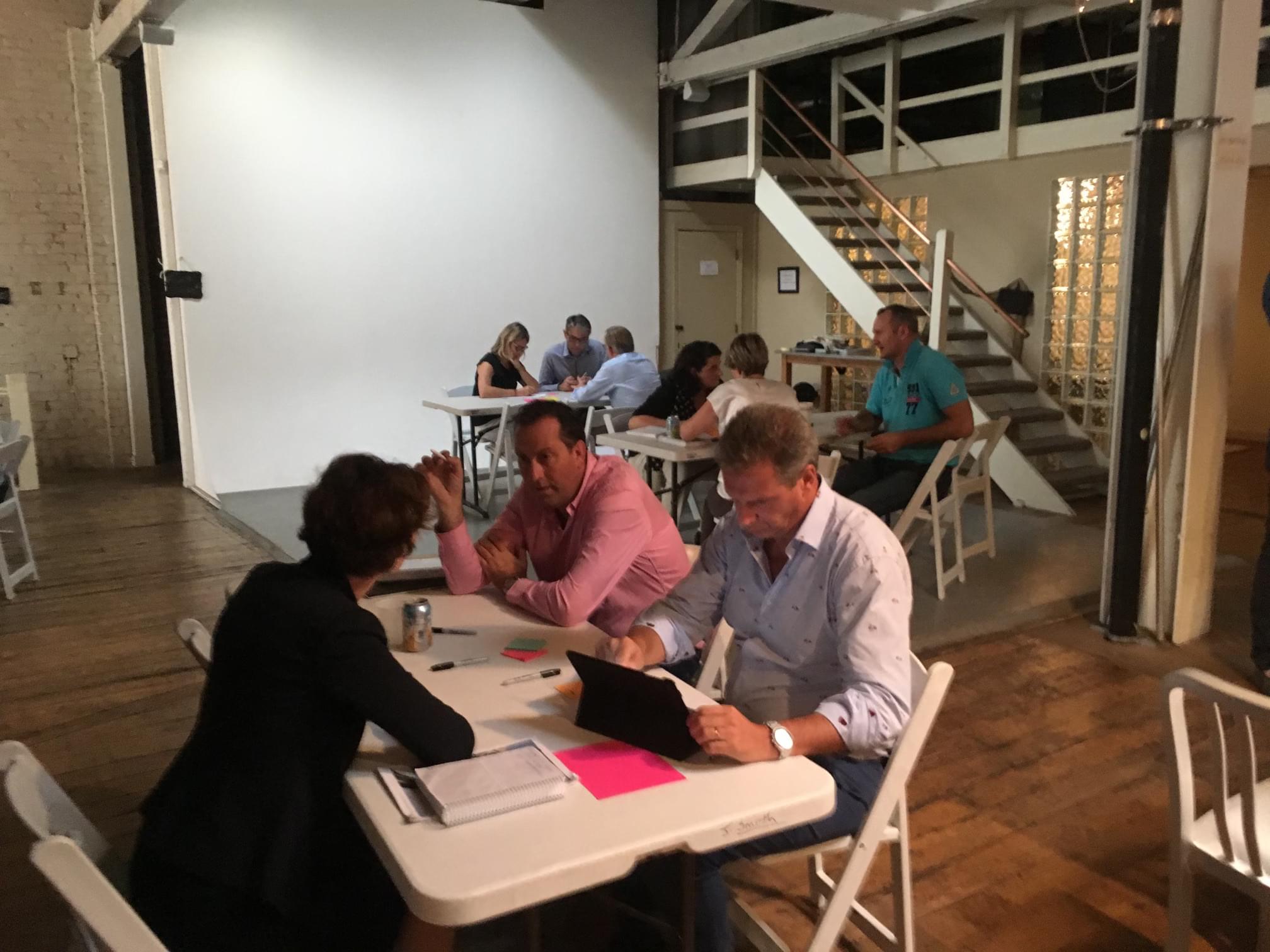 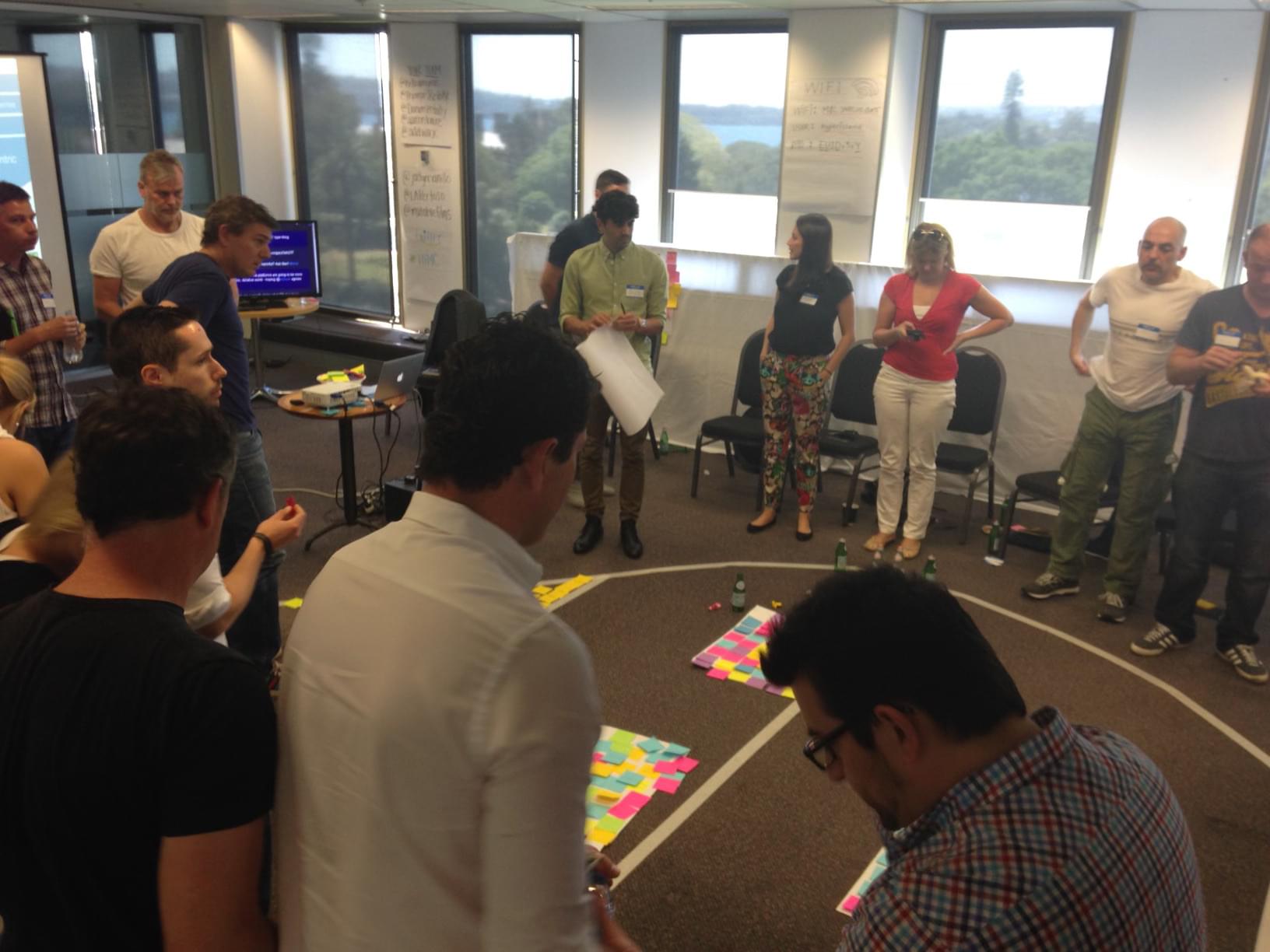 In addition to our flagship course, we also offer coaching, consulting, facilitation, speaking engagements and workshops. 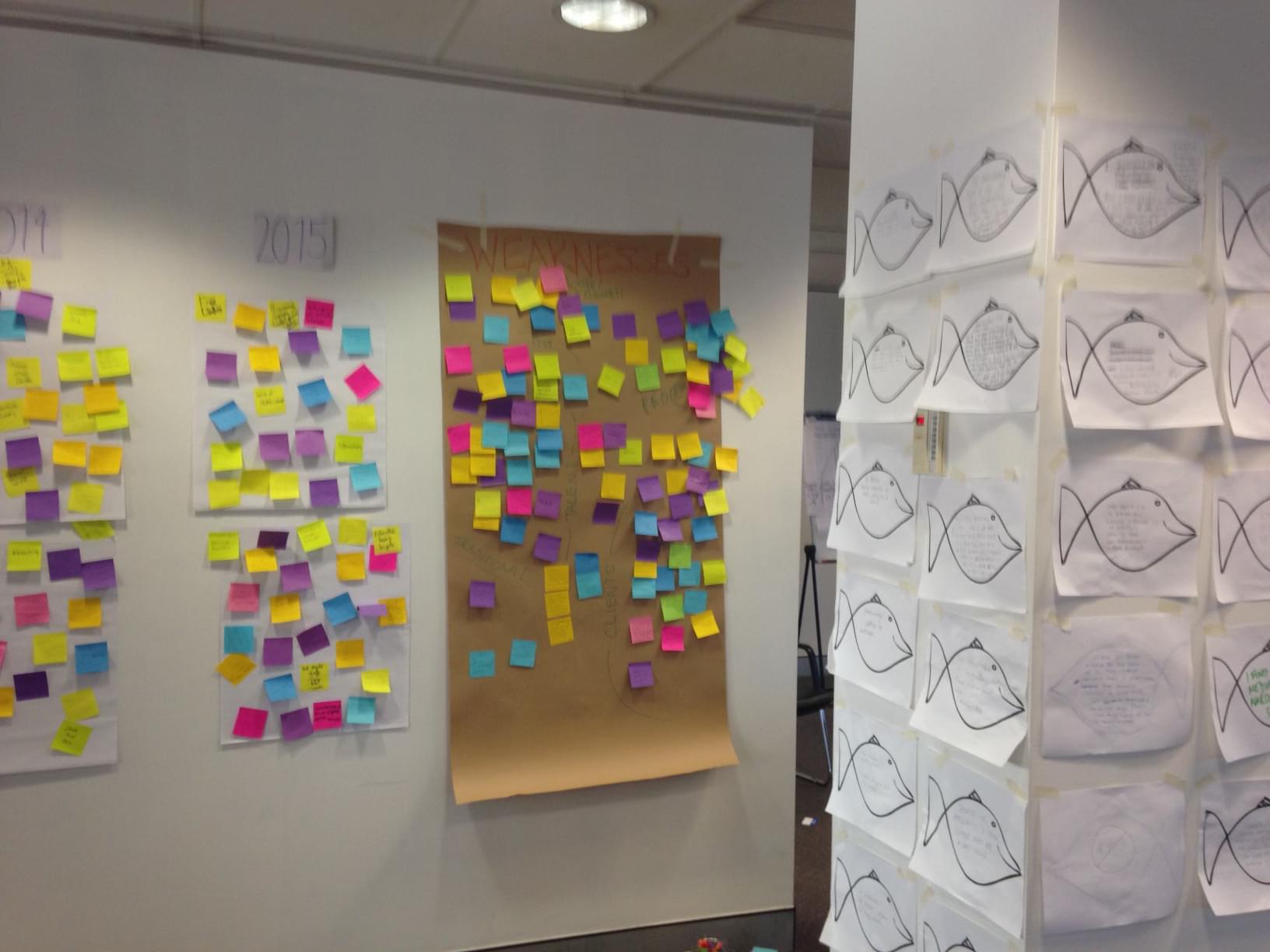 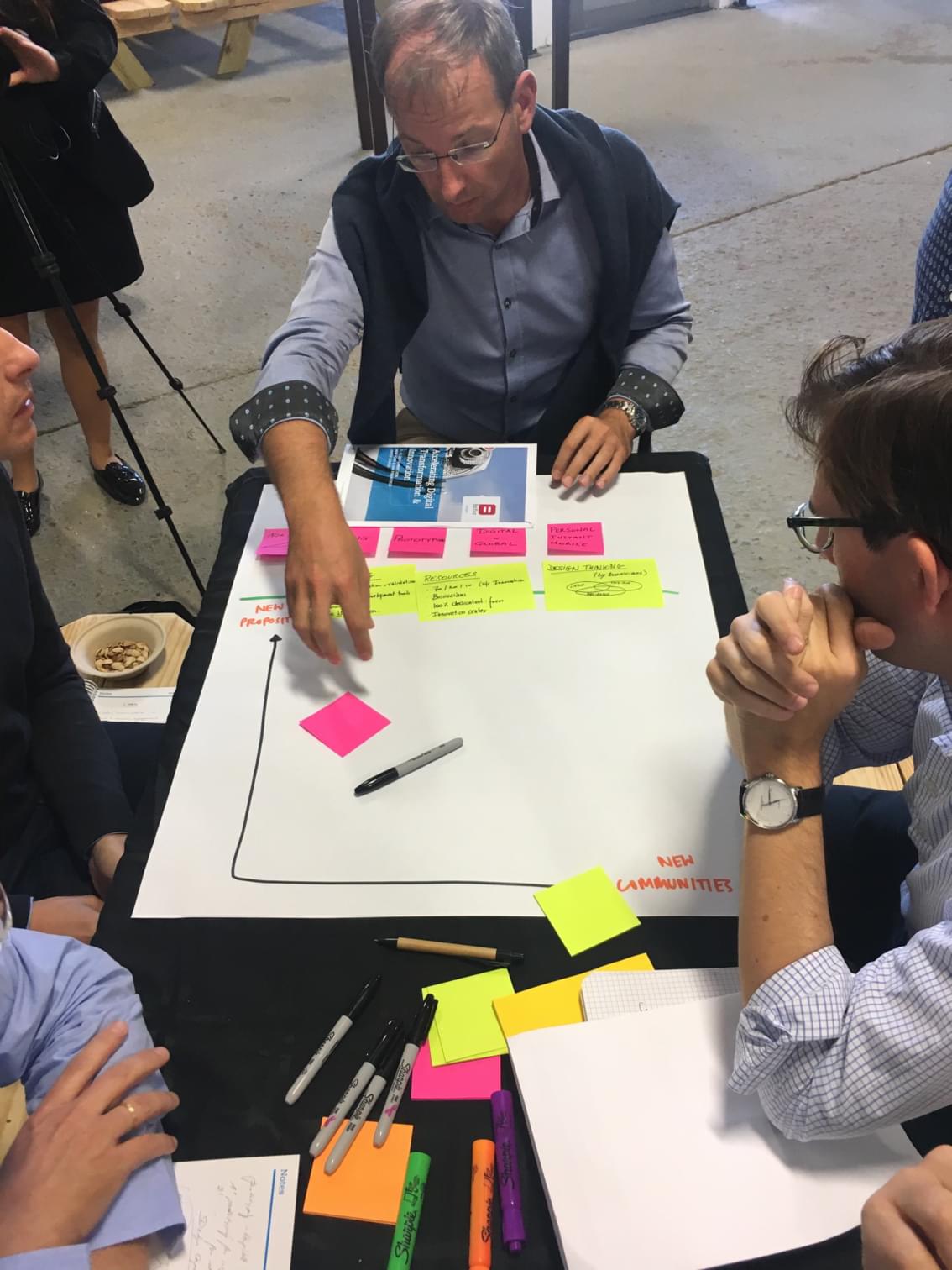 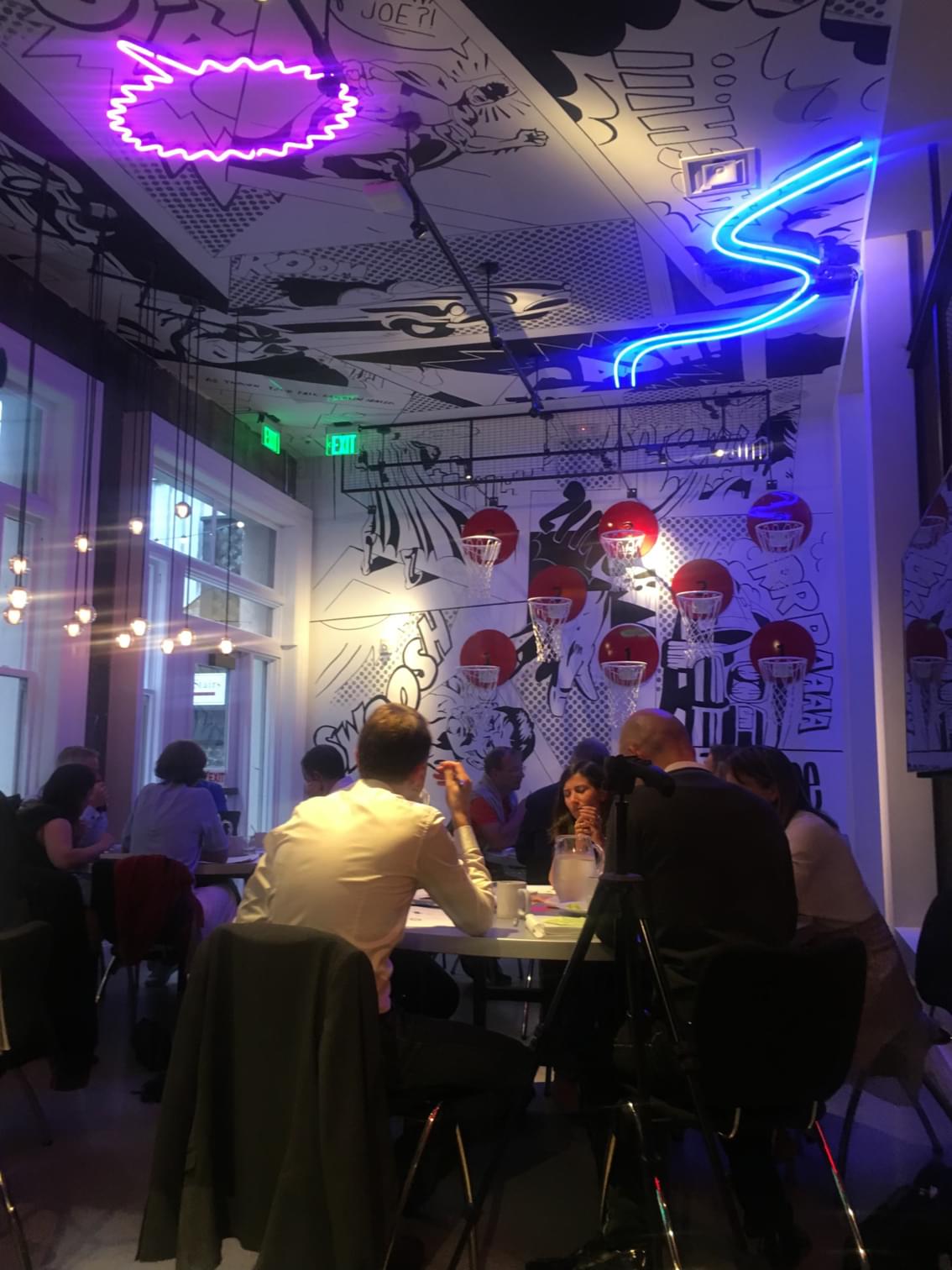 We're building a consortium of leaders, entrepreneurs, and coaches to help the World think bigger, one mind at a time.

​Quality; Seek Excellence in Our Craft

​Givers Gain; Gratitude is Giving
​Inclusive; Give a Voice to Everyone
​Thankful; Always Express Gratitude
​Meaningful; Create Something that Matters
​Authentic; Be True to Self

Aaron started his technology career at Accenture. Aaron went on to develop over 400 websites, software projects, and apps at his award-winner digital agency. At the same time, Aaron built the largest Sales Association in the world, a career site with 10-million monthly visitors, the #1 food app in the Apple Store which held the top spot for 20 weeks, and a Facebook community reaching 9-million visitors per week.
Aaron also was an early cryptocurrency advocate as he built a Bitcoin-powered auction site. He then doubled sales in 6-months at the first Drone Management Platform. Aaron built a Cybersecurity company to 60,000 clients, accelerated a Neuroscience company, launched one of the first crowdfunding platforms, holds a 3D-printing patent with his daughter, and spent a year in Silicon Valley at NASA Ames as EIR at Singularity's University and was Co-Executive Producer of the Award-Winning Documentary “The University."
Aaron has also been an EIR at ASU WP Carey School of Business, ASU Fulton School of Engineering, Thunderbird School of Global Management, Center for Entrepreneurial Innovation, and Arizona Commerce Authority. He is currently working with an X-Prize winning mask. He has launched a venture equity/consulting firm to accelerate ideas. Finally, he advises C-Suite, startup founders, private equity, venture capital, and family offices on the future of business and exponential theory.
Aaron has been a lecturer/adjunct professor on Innovation and Entrepreneurship for 10+ years. He is also a global speaker and facilitator that has facilitated many strategic discussions on innovation and leadership at organizations in 90+ Countries and all 50 States. Aaron’s success and proven performance as a leader in his field garnered him acknowledgment as “35 under 35” Entrepreneurs; “40 under 40” Leaders; Most Innovative Company of the Year; and, featured in the likes of the Wall Street Journal, Wired, Fast Company, and Inc. Magazine. Aaron also co-founded Herozona Foundation and The Bridge Forum, a national community-focused event bridging the gap between police and communities. 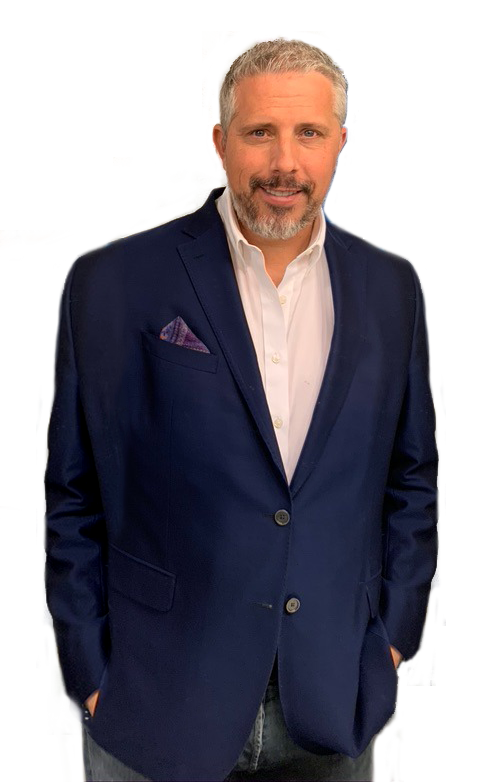 This book is my purpose.
Through this book and the Exponential Theory course my sole goal is to help coach leaders and companies to solve some of the world's biggest problems.
I spent over 15 years writing Exponential Theory as I went to 90 countries and all 50 States. I read thousands of books, and attended nearly every coaching, facilitating, and leadership program available on this planet to make sure I was seen as a thought leader in this space.
In The Exponential Theory Course, I will take you from where you are right now and turn you into an empathetic, purpose driven strategic leader that will thrive in the future. I will make you a master of controlling your own habits, inputs, outputs, and expanding your own box.
If this is what YOU want for YOURSELF, then here's what to do...
Download the sample chapter
Apply for the Exponential Course, the first course of the Exponential MBA
Engage with us outside of the book and course and watch your company get 10x results.
Together, Exponential Theory partners are making the World a better place for all.
Join us. 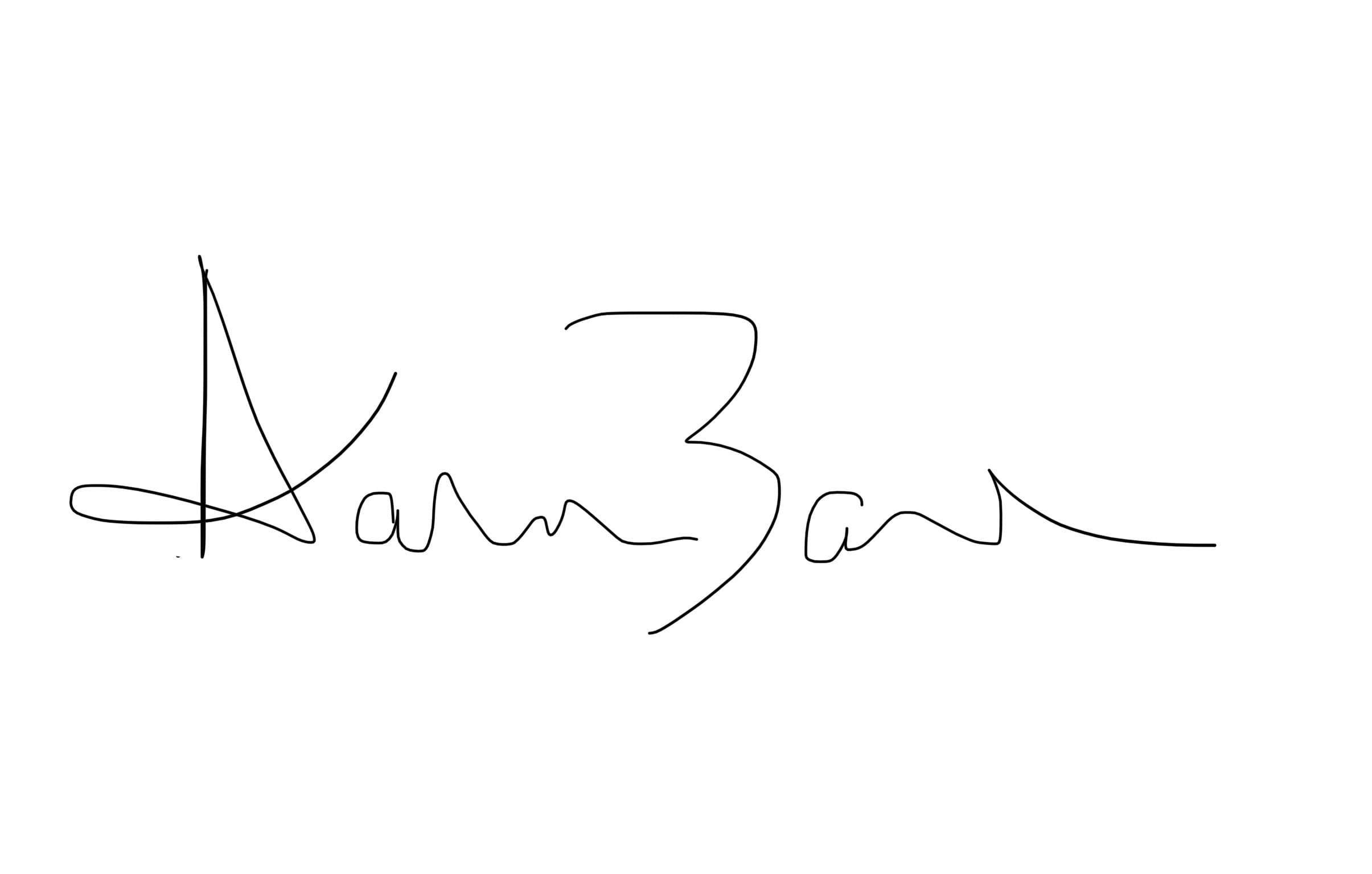 Free PDF Download of Sample Chapter!
100% Free PDF Delivered to Your Inbox
Exponential Theory:  Reimagine the future through the Power of Thinking Big is a collection of stories, mental models, and the Ten Keys of Exponential Leadership that will change how we solve problems in the future.
Free for a Limited Time
Get Free Chapter Now
Absolute No Spam!